Bahá’u’lláh’s departure for the Garden of Ridván

The love and admiration of the people of Baghdad for Bahá'u'lláh was fully demonstrated on the day of His departure from His 'Most Great House' in Baghdad. Then His majesty and greatness were evident to both friend and foe. The news of His forthcoming departure for Constantinople had spread rapidly among the inhabitants of Baghdad and its neighbouring towns, and large numbers wished to attain His presence and pay their last tributes to Him. But soon it became apparent that His house was too small for the purpose. When Najib Pasha, one of the notables of the city of Baghdad heard of this, he immediately placed his garden-park, Najibiyyih, at the disposal of Bahá'u'lláh. This beautiful garden, designated by His followers as the Garden of Ridván (Paradise), was situated on the outskirts of Baghdad, across the river from Bahá'u'lláh's house.

Thirty-one days after Naw-Ruz, on 22 April 1863, [1] in the afternoon, Bahá'u'lláh moved to this garden, where He remained for twelve days. On the first day He declared His Mission to His companions. [2] These twelve days are celebrated by the Bahá'ís as the Festival of Ridván.

The departure of Bahá'u'lláh from His house witnessed a commotion the like of which Baghdad had rarely seen. People of all walks of life, men and women, rich and poor, young and old, men of learning and culture, princes, government officials, tradesmen and workers, and above all His companions, thronged the approaches of His house and crowded the streets and roof-tops situated along His route to the river. They were lamenting and weeping the departure of One Who, for a decade, had imparted to them the warmth of His love and the radiance of His spirit, Who had been a refuge and guide for them all.
Read more » 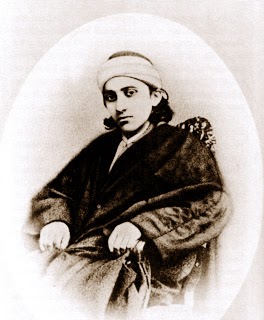